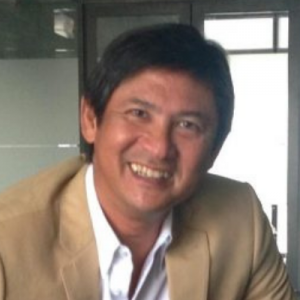 Gao is a co-founder of the Greenhouse Gas Management Institute.

Gao retired from the United Nations in 2001, after a decade of working with developing countries build their capacity in climate change issues. He worked with UNITAR, UNFCCC, UNCTAD, UNDP, and GEF. During COP 9, he was the Capacity Building Team Leader at the UNFCCC. After his UN days, Gao helped found Earth Council Geneva, where he was Executive Director until 2007. Earth Council Geneva is a non-governmental organization that uses e-learning to train and educate in global issues such as climate change, global trade, biodiversity and sustainability.

Gao is also the founder of GoVida eLearning and EcoMarket Solutions, successful enterprises that are innovative and pioneering companies in the Philippines. GoVida eLearning helps organizations like the GHG Management Institute leverage e-learning technology to meet its global mission. EcoMarket Solutions develops and manages cassava, pineapple, and recently medicinal mushroom farms in the Southern and Northern Islands of the Philippines, as well as small-scale biomass to energy projects.

Why I Work at the Institute

I helped found the GHG Management Institute because I believe:

Before I expound further, a little background. I started working on climate change in 1991 when I joined the United Nations Institute for Training and Research in Geneva. The Earth Summit in Rio de Janeiro was just around the corner and global sustainability was the topic. For the next 9 years, I managed a capacity-building project called CC:Train in partnership with the UNFCCC, Global Environment Facility, and the Government of Switzerland. Its mission was to assist developing countries craft “national climate change strategies”. We were able to work with about 40 countries around the world.

Then in 2001, with the continued resistance of the United States to join the Kyoto Protocol, the September 11 attack in New York City, the climate agenda and global sustainability in general took a very far back seat in the global agenda. It left many of us who were part of the global discussions frustrated. For several years, those concerned about climate change worked under dark skies. To its credit, the EU plowed ahead with its Emissions Trading Scheme and almost single-handedly carried the climate agenda forward.

Then just as we thought that the US would change course, the financial collapse of 2008 came and took all the wind out of plans to progressively deal with the climate issue. The political cost of forging ahead on this crucial issue got trumped by economic issues, and cost at least one government – Australia – political reversal. Today, climate change is as much an economic issue, even as its scientific basis is now better accepted by the media.

It was in this context, that Michael Gillenwater, Tom Baumann, and myself established the GHG Management Institute in 2007. Our idea was to get more people and organizations actually dealing with their GHG emissions. My conviction was this was the way to engage people on the issue of climate change on a very real and practical basis. If we could help people understand what they are emitting, then they can better figure out what they can do about it at the ground level, without the politics.

There are now hundreds of GHGMI graduates in more than 80 countries. Some of them I have had the privilege to meet and even work with. I am very proud to say that these individuals are very engaged in their daily work on climate change, and blazing new trails in both the public and private sectors. I am also proud to say that they have found the training and continuing association with the Institute to be a positive force in their new careers. This is one of the reasons why I continue to work at GHGMI.

I am heartened to know that many of the members of the Institute are engaged in cutting-edge work. Some are part of a new enterprises that provide “green services” to governments and companies. Some are engaged in clean energy and transport projects. Some are part of new teams in corporations, local and national governments, and NGOs that address sustainability. Some are inventing and developing new technologies that are aimed at environmental objectives. And this is ultimately is why I work at the Institute, to be part of and to help advance a global community of professionals who work on climate change and sustainability.