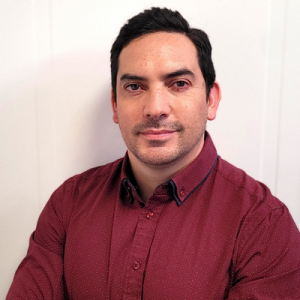 Paulo is an Agronomist and holds a master’s degree in Environment from the University of Santiago de Chile, where he currently lectures. Paulo has over 14 years of professional experience focusing on greenhouse gas accounting and reporting at the national and local levels, in addition to corporate and product-level carbon accounting. He has also concentrated on climate change mitigation, international cooperation, and currently provides support to majority-world countries to comply with their reporting commitments under the UNFCCC.

Paulo has always had a special interest in South-South cooperation, capacity building, and the exchange of experiences. In this regard, he has collaborated among all Spanish-speaking Latin American and Caribbean countries, with special support to Panama, Guatemala, and Nicaragua in the establishment of their own National Inventory Systems. Paulo has also directly participated in more than 17 climate change reports such as NatComs, BURs, and NIRs for Chile, Honduras, Guatemala, Panama, and El Salvador.

For seven years, Paulo worked at the Chilean Ministry of the Environment, where he established the Chilean National Inventory System (SNIChile) and developed the HuellaChile program, which promotes the management of greenhouse gases within companies and governments. Additionally, from 2014 to 2017, Paulo served on the Editorial Board for the IPCC Emission Factor Database (EFDB).

Currently, Paulo is the Coordinator of the CBIT-GSP Climate Transparency Network for Latin America and the Caribbean, as well as the Director of the Latin American Network of National Greenhouse Gases Inventories, which he founded in 2013. Paulo is also included in the UNFCCC’s Roster of Experts on climate change and is a lead reviewer of the inventories of Parties included in Annex I, as well as co-leader of the technical expert teams for the analysis of BURs.