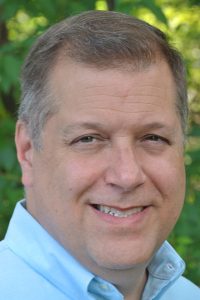 Wiley Barbour has been involved with the Greenhouse Gas Management Institute since its founding and serves as Director of the MRV Hub Program and is a software evaluator. He is an expert in climate change mitigation policy, emission inventory development, verification, and environmental markets. Wiley has 25 years of experience providing technical and policy support to corporations, government agencies, and nonprofits on issues related to air pollution, greenhouse gas (GHG) emissions, corporate climate change strategy, offset project development, and sustainability analysis.

Prior to co-founding Cventure, Wiley was a Vice President at Camco Clean Energy where he developed GHG offset projects including the first forest carbon project in Alaska and the first program to incentivize GHG emission reductions from improved nitrogen application on agricultural soils. During his time at Camco Clean Energy, Wiley provided technical services and GHG expertise to the J.P. Morgan, the World Bank, the Fertilizer Institute, and the US Department of Agriculture.

Before that Wiley worked for 7 years as the Executive Director of the Environmental Resources Trust (ERT), a nonprofit organization providing GHG emission inventory development, carbon market expertise, and verification services to dozens of corporate clients including Wal-Mart, Nike, Entergy, Google, and AIG. He also provided program management support and consulting services to a wide range of organizations including the Environmental Defense Fund, the US EPA, and the US DOE. During his time at ERT he managed the GHG Registry®, the world’s first registry for carbon offset projects. In 2009 Wiley led ERT into a merger with Winrock International and helped found the American Carbon Registry.

From 1995 to 2001 Mr. Barbour served in the U.S. EPA’s Policy Office in Washington D.C., managing the U.S. GHG Emission Inventory Program and serving on numerous Government Delegations to the UNFCCC Kyoto Protocol negotiations where he worked on establishing the rules for monitoring, reporting, verification and registration of GHG emission inventory submissions. He also served as the US representative to the Intergovernmental Panel on Climate Change (IPCC) GHG Emission Inventory Task force. Mr. Barbour was a contributing author to the IPCC Special Report on Emission Scenarios, and helped develop long term projections of greenhouse gas emissions which were used to model climate impacts. He worked in IPCC expert groups and chaired committees developing the IPCC Guidelines for National GHG Inventories and the IPCC Good Practice Guidance. In recognition for his contributions, the EPA awarded him the Tim Matzke Award as Policy Analyst of the Year and the IPCC officially recognized Mr. Barbour as a contributor to the 2007 Nobel Peace Prize. Mr Barbour is a professional engineer licensed in the State of North Carolina where he lives with his wife Lynda and two boys, Wyatt and Everett.