International air travel and climate change: Is aviation finally in- route to sustainability? 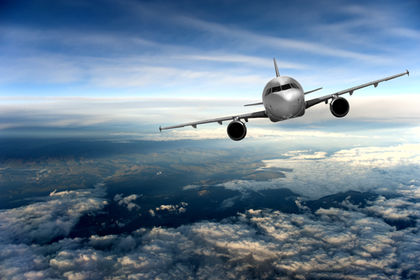 Our timeline on the “History of Climate Change” is going to be crowded for 2016 because three significant events occurred in the last 10 days!

On 5 October 2016, the requirements for the entry into force of the Paris Agreement were met, and this landmark treaty will now officially enter into force on 4 November. This milestone comes just 11 months after its adoption last December; an unbelievable feat of swiftness in a consistently slow international process.

And then another eight days later, on 15 October 2016, the Kigali Amendment to the Montreal Protocol was agreed, which defines a schedule for the gradual reduction of hydrofluorocarbons (HFCs) by 80-85% by the late 2040s.

What an amazing two weeks for Planet Earth!

Now, as tempting as it may be to look at all three agreements and their interlinkages, for the purpose of this post, I am going to focus on ICAO, because aviation is probably one of the less understood areas of climate policy.

Under the UNFCCC and the Kyoto Protocol, GHG emissions from international aviation are not included in national totals and fall outside the scope of mitigation efforts from develop countries. Instead, governments agreed that these emissions would be best dealt with under the auspices of ICAO. Over the last 20 years, there has been little progress on curbing the growth of CO2 emissions from international air travel.

The outcome of the 39th ICAO Assembly has been dubbed “the Paris Agreement for international aviation” and has been hailed as a momentous and historic moment for the sector. In this post, I will explain the details of ICAO’s strategy and discuss whether it will likely make a difference in the GHG emissions from airplanes crisscrossing our skies.

ICAO is a UN specialized agency that works with 191 member States and industry groups to reach consensus on standards and policies to support safe, efficient, secure, economically sustainable, and environmentally responsible international aviation.[1]

International aviation has historically been seen as one of the culprits when it comes to environmental damage. In the past, aviation had been riddled with sustainability issues; from local pollution close to airports, noise from aircraft take-offs and landings, cloudy skies over busy airports, as well as exemptions of their GHG emissions under the UNFCCC and its Kyoto Protocol. Combine this history with a sector that is perceived by the public as making billions of dollars without paying taxes on its fuel, and you end up with extremely polarized views on the role of aviation when it comes to protecting our planet and ensuring its sustainable future. The truth, as it often happens, is somewhere in between.

To provide some context, aviation contributes about $2.7 trillion to the global GDP, and offers more than 60 million jobs around the world. Technological improvements have led to modern airplanes being 80% more energy efficient and 75% quieter compared to those flying 60 years ago. Despite these seemingly impressive reductions, the environmental impact of air travel has increased due to high demand for air travel, with about 3.5 billion passengers flying across the globe in 2015, more than 10 times higher than the number in the 1960s.

According to the IPCC Fifth Assessment Report, international aviation accounts for about 1.3% of the global GHG emissions (this is the direct impact of the CO2 emissions and does not include the contribution of other factors such as contrails). According to IEA statistics,[2] in 2014, CO2 emissions from jet fuel used for international flights amounted to 504 million tones (Mt), having almost doubled compared to 1990 levels (ca. 259 Mt). To put it into perspective, this is equivalent to the CO2 emissions from total fuel combustion of Chile and Mexico in 2014.

Projected growth of international air traffic is estimated to be 5% per year for the next two decades. Consequently, fuel consumption (and CO2 emissions) is estimated to grow somewhere between 2.8 and 3.9 times by 2040, compared to the 2010 levels. Such growth, in the absence of measures to reduce GHG emissions, would lead to a much higher (than 1.3%) contribution to global emissions compared to other sectors, which will hopefully decrease under the Paris Agreement.

The expected increase in air traffic and the complexity of the aviation sector arising from strict safety and security regulations make it clear that there are no easy solutions to reduce emissions from international aviation.

After many years of discussions at the international level, in 2010, ICAO agreed on two aspirational goals that should reduce the impact of international air travel on the global climate: to sustain an annual 2% global fuel efficiency improvement through 2050; and to cap the CO2 emissions from international aviation at 2020 levels (commonly referred to as the ICAO carbon neutral growth or CNG) as a medium-term goal (until 2035). At the same time, ICAO continues to work on a long-term goal taking into account the temperature goals of the Paris Agreement.

The outcome of the 39th ICAO Assembly

Building on work accomplished over the last 6 years, the three resolutions adopted by ICAO (A39-1, A39-2 and A39-3)[3] in October 2016 define a comprehensive strategy to reduce CO2 emissions over the coming decades,[4] encompassing all aspects of aviation and a wide range of mitigation options and tools, including: technological and operational improvements; aviation biofuels; and market-based measures. Each of these mitigation options has an emissions reduction potential, which has been estimated by ICAO and shown in this figure.[5] The development of the first ever sector-wide aeroplane certification CO2 standard (currently in review by ICAO States) is expected to bring about significant reductions in emissions starting in 2020. It is anticipated that the standard will result in the introduction of best available technologies both for aircraft that are currently in production and the ones that will be built in the future. The production of more efficient engines, use of lighter materials, and improved operations (such as more direct and shorter routes) will also contribute to lower fuel use and thus lower CO2 emissions.

Aviation biofuels have the largest potential to substantially reduce CO2 emissions in the future. To achieve this goal, the biomass feedstocks for these biofuels will need to be produced in a sustainable manner and deployed into the marketplace in sufficient quantities to meet the demand of international aviation. By the end of 2016, more than 5,500 flights will have flown using aviation biofuels. It is anticipated that the development and deployment of aviation biofuels will intensify in the coming years. But, realistically, it will likely still take at least 15 to 20 years before production can meet demand sufficiently to make a significant difference in global CO2 emissions from aviation.

Probably most interesting element of the strategy is ICAO’s decision to develop an emissions offsetting scheme (called Carbon Offsetting and Reduction Scheme for International Aviation or CORSIA) as a gap-filler (see green wedge in figure above, which represents both the contribution of biofuels and the offsetting scheme) for the period 2020-2035. The scheme will offset the CO2 emissions that are above the 2020 levels to help achieve carbon neutral growth in the medium term while the industry works improving its mitigation technologies.

CORSIA has three phases: a pilot phase (2021-2023); a first phase (2024-2026); and a second phase (2027- 2035). Not unlike any other emissions offsetting scheme, the effectiveness will depend on the number of participating countries. For the first two phases, participation is voluntary, and, to date, 66 countries have announced their decision to participate. They account for about 87% of international traffic.[6]

The actual implementers of the scheme will be the registered airlines that operate on international routes between participating countries. To determine the covered CO2 emissions, CORSIA provides for a route-based approach. In simple terms:

The 87% and 90% figures should not be taken as representing the same percentage of CO2 emissions covered by the scheme. The reason resides in the exemptions that the scheme provides for.

These exceptions include least developed countries, small island developing States, and landlocked developing countries (unless they voluntarily decide to participate). In addition, to simplify the scheme and avoid undue administrative burden, technical exemptions exist for aircraft operators with low CO2 emissions, new entrants, and/or special operations (such as firefighting and search and rescue flights).

If countries do make use of these exemption provisions, the scheme will help ICAO come close, but will not fully fulfill its carbon neutral growth aspirational goal.

Offsetting CO2 emissions covered under CORSIA will be through the purchase of emissions credits from the global carbon market. Potential suppliers of credits include existing mechanisms and programs (for example, the Clean Development Mechanism under the Kyoto Protocol) or other projects (for example, approved projects or programs in the voluntary carbon market). Credits from any new mechanism developed under the Paris Agreement are likely to be eligible for use under the CORSIA. Over the coming 2-3 years, ICAO will determine the actual eligibility requirements of such programs or projects.

To make the scheme operational, ICAO has launched an ambitious work program that covers a range of different issues, including the identification of measurement, reporting, and verification (MRV) requirements, development of registries and approval criteria for emission offset credits. This needs to be concluded in the coming 3 years to ensure that countries and airlines are in position to start implementing the scheme in 2021. Clearly, there are many in the carbon offset market that will be keenly interested in this work program, as the aviation industry has the potential to be a significant buyer of future credits.

ICAO’s strategy has the ambition and the potential to make significant contributions to global GHG emissions reduction efforts and to make international aviation more sustainable.

ICAO has identified the main elements of its strategy to reduce the environmental footprint of international aviation. Of course, this announced strategy is the beginning of a long journey and a lot more needs to be done to ensure that the CO2 emissions from international aviation are reduced in the long term, consistent with the aspirational goals of Paris Agreement. To get there, governments, working together with and industry, have to explore all potential means and come up with the appropriate solutions to reduce the environmental impact of air travel.

So, for the question in the title to this post, the answer is both “yes and no” as it is true of so many intergovernmental agreements that rely on consensus-based decisions. However, if past experience is anything to go by, one thing is for certain: the aviation sector is not afraid of new technological challenges. As it has done in the past, we all expect from it to once again to address challenges, and this time hopefully achieve a smooth landing on a sustainable future for all people on this third rock from the Sun!

[3] The text of the three Resolutions can be found on the ICAO web site: http://www.icao.int/environmental-protection/Pages/Assembly.aspx

[4] The Resolutions also address other issues such as improving local air quality and reducing the impact of noise from international aviation.

[5] The figure does not include data for the new aeroplane certification CO2 standard.

[6] For the States that participate in the CORSIA, visit ICAO website: http://www.icao.int/environmental-protection/Pages/market-based-measures.aspx

3 responses to “International air travel and climate change: Is aviation finally in- route to sustainability?”