What is Blockchain GHG Management? 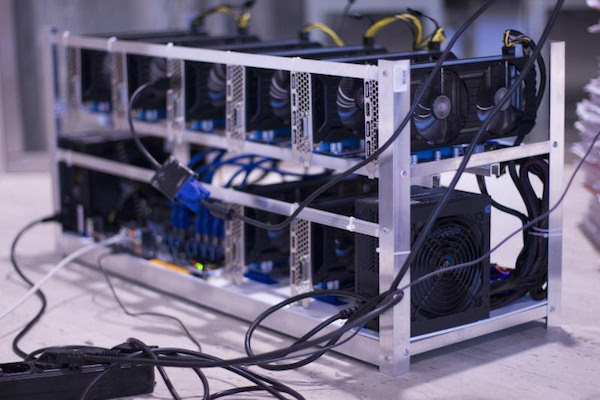 As we celebrate GHGMI’s 10th year, I’m even more optimistic about the next decade than I was back when we launched the organization. Of course, much more work remains to build the global professional community and capacity that can scale climate actions and achieve Paris goals. But, transformational change is increasingly possible. In addition to the foundation of carbon management infrastructure and expertise that GHGMI has built, what gives me hope are powerful new digital technologies.

In 2007, the second wave of the Internet was taking off. This was the time when we saw the first iPhone and the widening use of online social networks (e.g., Facebook). GHGMI was launched that same year as an innovative virtual organization that delivered a new range of online programs and resources, uniquely relying on information technologies to magnify and accelerate its impact. Its mission was, and still is, to create a global society of GHG professionals able to competently implement climate policies. Now, ten years later, new, even more innovative, technologies are emerging, such as blockchain. To advance GHGMI’s mission, I am leading an initiative to help carbon management professionals shape and use this new technology for GHG management. Figure 1: In blockchain, each added block of data is “chained” and becomes part of a growing list of records, under the surveillance of network members. This technology enables the transfer of assets and the recording of transactions through a secure database.

But, what is blockchain? Simply, a blockchain is a distributed database that is continuously updated and verified by its users (Figure 1).[1] Blockchain protocols are also known as distributed ledger technology (DLTs). Bitcoin is a familiar example of the distributed ledger technology (DLT) that serves as a digital currency with cryptographic security (i.e., a cryptocurrency). What is special about blockchains is that these digital ledgers record transactions chronologically, publicly, and highly securely. The tamper-proof security allows for users, once pre-approved, to add to the ledger without a lot of extra checks. The reason is both because the ledger maintains a standardised and fully traceable record for every entry. Although it does not necessarily seems exciting at first, the potential of the technology to lower transaction costs and improve transparency has potentially huge implications.

There are myriad applications for DLTs beyond finance. The city of Dubai, for example, announced it would use a blockchain for transactions between businesses as part of its 2020 smart-city strategy. Dubai will be using DLT-based smart contract[2] transactions for energy and transportation projects that are self-executing processes, specifically to perform a variety of legal, accounting, and quality assurance tasks that previously required a great deal of manual review and approval work. And, yes, Dubai is looking into using the same system for climate-related measurement, reporting, and verification (MRV) applications.

Another example is for the troubled area of electricity attribute certificates, or more specifically renewable energy certificates (RECs) or guarantees of origin (GOs). DLTs have the potential to further streamline certificate tracking and transactions beyond the current tracking systems. Smart contracts in the DLT can automate certificate issuance, tracking, and retirement; as well as enable real-time contract settlement. The goal being to lower administration and auditing costs (See here for more.)

In sum, blockchain technologies have the potential to radically improve security, efficiency and transparency in a range of GHG management applications. Blockchain will be one unexpected force that is capable of stimulating higher levels of participation and ambition and mobilizing large-scale investments into climate actions to achieve the Paris goals. Blockchain will likely first be used to improve transparent documentation in carbon emission trading, climate finance flows, or GHG emission reporting.

In my role as faculty at the Blockchain Research Institute, I am monitoring blockchain developments and see one to two new GHG-related applications launched each week. As this month, over 30 blockchain initiatives exist across climate and sustainability. A few I am following include CCEG’s new Seratio Coin, the Climate Ledger Initiative research program, the Fintech4Good and Blockchain for Social Impact networks, DAO IPCI blockchain for carbon trading, and Xpansiv’s system to differentiate low-carbon commodities.

It won’t be easy. Like many emerging technologies, blockchain faces an array of technical and non-technical challenges. For example, Bitcoin faces the technical challenge of consuming huge amounts of energy to power the computational demands of the system. But, in my opinion, the biggest hurdle for GHG management applications will be with governance systems and institutional arrangements that support technology integration. The language in the above description of the technology is the word “pre-approved.” Blockchain will still require community developed standards and oversight of users to ensure the raw input data to these ledgers are reliable. Without a doubt, GHGMI’s expert community will continue to be a major force in the development and implementation of innovative MRV technologies and the institutional arrangements that enable their use.

Want to learn more? Join me for a webinar 25th October 2017 to learn more about blockchain and GHG MRV innovations.

[Author Disclosure: At GHGMI, I am continually pushing the envelope for exploring how digital technologies could better serve GHG MRV. If you’ve followed my work, you’ve probably noted my involvement in Collaborase (an application that facilitates document development by large stakeholder groups, e.g. GHG MRV guidance) and now with Xpansiv (a Blockchain-enabled platform to standardize, quantify, verify, and value environmental and social impacts of commodities at the production level).]

[1] Definition and figure described in this UNFCCC post: http://newsroom.unfccc.int/climate-action/how-blockchain-technology-could-boost-climate-action/

[2] Smart contracts are a string of code in the DLT that is shared between participants and that executes an action when a set of predetermined conditions are met.

One response to “What is Blockchain GHG Management?”