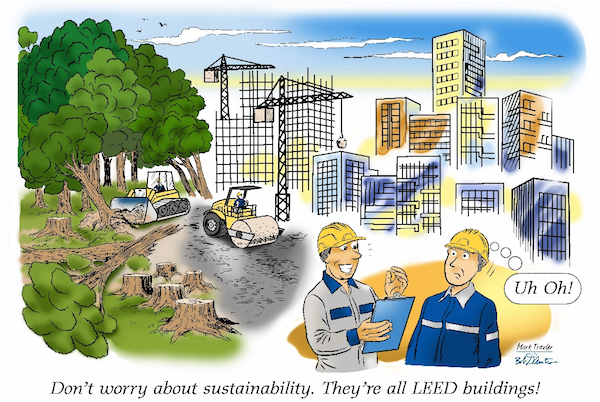 I recently wrote about an article by investment manager Duncan Austin, in which he coined the term “greenwishing.” Austin argues that the sustainable business community’s climate rhetoric sounds great and is well-intended — but that it is not having a meaningful impact on climate change outcomes. He characterizes that rhetoric as greenwishing, and suggests that the community should instead actively engage in advocating for policies that would contribute to climate change mitigation goals.

Greenwishing is a compelling term. It lacks the pejorative connotations of “greenwashing,” and reflects the good intentions of many business initiatives. I believe its applicability is considerably broader than Austin suggests. I suggest that the term greenwishing can apply to any business or organizational initiatives motivated by or attributed to concern over climate change that lack any causal link to climate change mitigation, or which are unlikely to be able to scale to the point of meaningfully influencing climate change. The term greenwishing reflects the fact that, despite good intentions, not every action has an impact when it comes to tackling climate change.

I would also argue that greenwishing can turn into greenwashing over time. Initially, well-meaning company CEOs who are thinking about climate change might begin with low-cost and low-risk responses based on the concerns of employees, investors, and customers. These well-intentioned actions might fall into the category of greenwishing. At some point, those CEOs should become aware that their largely aspirational measures will not materially contribute to substantive climate change mitigation. At that point, continuing to promote those aspirational measures as evidence of corporate concern and action on climate change becomes greenwashing.

Austin’s coining of the term greenwishing has helped to shine a spotlight on a significant problem for businesses and other organizations responding to climate change. That there are few internal mechanisms in place for spotting, and stepping beyond, greenwishing initiatives before they turn into greenwashing. In fact, many such initiatives can become a trap. The longer the problem goes unseen, the harder it becomes for companies and other organizations to move beyond greenwishing without risking accusations of having intentionally engaged in greenwashing all along. In other words, aspirational rhetoric can ensnare even the most well-intentioned organizations and help set the stage for being accused of greenwashing.

Let’s take a look at a few examples of business and organizational responses to climate change that are at different stages along the greenwishing to greenwashing transition:

Green Energy Purchasing. Renewable energy certificates (RECs) were invented in the USA many years ago as a way for electric power utilities to track their compliance with government Renewable Portfolio Standard (RPS) mandates for wholesale electricity purchases. RPSs failed to take off nationally and initially in many states. Green energy entrepreneurs then began to repurpose and market RECs directly to electricity consumers as a low-cost way to claim being “green.” Renewable energy advocates hoped that making it cheap and easy for corporations to take initial green steps via RECs would catalyze the renewable energy conversation and increase support for expanded RPS legislation. Advocates also hoped that if enough companies bought enough RECs, demand for RECs might eventually drive additional renewable energy investment.

There is no longer any valid environmental rationale for promoting voluntary RECs as a means of “going green.” However, many companies continue to rely on voluntary RECs to claim that they are utilizing 100% renewable energy or that they are “carbon neutral.” Companies would know better if they wanted to. That’s greenwashing.

It’s greenwashing with an interesting twist. NGOs such as the World Resources Institute (WRI) and the Union of Concerned Scientists (UCS), who wanted to push companies into accepting and advocating for renewable energy, went along with voluntary RECs. It became a slippery slope. Now, WRI, UCS, and others find it difficult to step away from advocating for voluntary RECs, even as RECs have transitioned from greenwishing to greenwashing. This example illustrates the need to recognize greenwishing initiatives for what they actually are and to have an exit strategy in place before becoming trapped into defending greenwashing.

Carbon Offsets. About 30 years ago, the first carbon offset project was estimated to cost about two U.S. cents per metric ton of CO2 reduced. Carbon offset projects quickly proliferated as a way for companies to inexpensively “do something” about climate change, even if early offsetting initiatives reflected greenwishing in terms of having an impact on climate change.

From the standpoint of climate advocates, getting companies to engage through low-cost and low-risk carbon offset projects helped promote the “business and climate change” conversation. As with RECs, offsets encouraged companies to more actively engage on climate change. First, you get companies to do a carbon footprint and look for internal emissions reductions. Second, you make offsets available as a low-cost next step to enable more aggressive mitigation targets and commitments.

It became clear over time, however, that many offset projects left much to be desired, in terms of environmental integrity.  It has proven difficult to reliably differentiate “additional” tons of emissions reductions and carbon sequestration from the “non-additional” tons that have to be kept out of offset markets to maintain environmental integrity.

As with voluntary RECs, there is no longer any environmental rationale for using cheap and unreliable carbon offsets as the basis for corporate climate change claims and commitments. Yet many companies still buy low-cost offsets, while higher-quality—and more expensive—offsets go unsold or are never brought to market in the first place. Companies relying too much on poor quality offsets as a climate change mitigation strategy, instead of pushing for stronger climate policies that might make a difference, are arguably greenwashing. It’s a problem that could get much worse as the aviation sector enters offset markets in a big way to justify that sector’s rapidly growing emissions.

What’s notable about these examples of corporate greenwashing risk is that they are self-inflicted. Think about Exxon Mobil, an extreme case perhaps, but a useful example. Exxon’s most significant legal troubles today are not due to its past GHG emissions or its obfuscation of climate science for almost 50 years. Instead, Exxon’s current difficulties are due to an initiative that probably started out as greenwishing when the company announced years ago that it was voluntarily implementing a robust internal carbon price as a risk management strategy. Great idea, in theory. According to New York state prosecutors, however, Exxon did not utilize its internal carbon price in the way the company publicized. As a result it was not managing its climate risks the way it was telling investors. Exxon Mobil did not have to adopt an internal carbon price at all; but once it did, it may have become legally liable for failing to follow through.

Many companies and investors are characterizing climate change greenwishing initiatives as key elements of their climate change risk management strategies. If they let those initiatives transition to greenwashing, they, too, could end up in trouble. 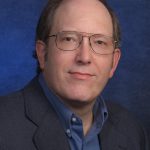 This guest blog post is authored by Mark Trexler, a regular advisor to the GHG Management Institute and is the Director, Climate Change Knowledge Systems, The Climatographers.

7 responses to “From Greenwishing to Greenwashing – A Growing Business Risk?”