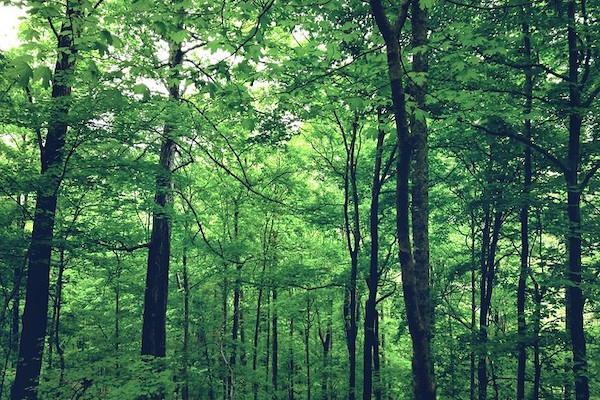 One idea gaining currency lately is that, if organizations offset their greenhouse gas (GHG) emissions at all, they should do so only with activities that remove CO2 from the atmosphere – such as forestry projects or geologic carbon capture and storage. The argument appears to stem from a rather formalistic interpretation of a “science based” approach to reducing GHG emissions. In consultation documents put out by the Science Based Targets initiative (SBTi), for example, the underlying rationale seems to be:

The first premise is indisputable. The second is prudent as a general rule, and – putting aside questions of feasibility and equity – it is a core premise of any responsible approach to carbon neutrality.

The third premise, however, is debatable and does not logically follow from the previous two. By the middle of the century, if the world responds aggressively to climate change, removals should be the only available option for balancing out residual emissions (all opportunities for reducing or avoiding emissions should be exhausted). But it is not yet the middle of the century, and we have a lot of mitigation to accomplish to reach that milestone. An exclusive focus on removal-based carbon offsets today is problematic for three reasons.

The most prominent strategies for achieving removals today involve so-called “nature-based climate solutions” (NCS), which sequester carbon in forests, soils, and other terrestrial reservoirs. While these are popular options in today’s voluntary carbon offset market, they present numerous challenges where “environmental integrity” is concerned, including challenges related to additionality, quantification (including emissions “leakage”), local impacts, and permanence.

For these reasons, NCS removals should be treated cautiously – even from the perspective of a strictly formal “science-based” approach. The fundamental issue is that NCS removals cannot reliably balance out fossil carbon emissions over the long run and at large scales. Substituting NCS mitigation for fossil fuel reductions means, in essence, shifting carbon from highly stable geologic reservoirs to more precarious terrestrial ones, which may release carbon to the atmosphere due to natural disturbances – including disturbances induced by climate change itself. This basic fact has led some scientists to object to any use of NCS removals to offset fossil carbon emissions (see here and here, for example).

These scientists may be overstating the case. From a practical standpoint, we need to invest in both fossil- and nature-based mitigation; leveraging voluntary carbon markets for both purposes is a reasonable approach in the near term. From a long-term global perspective, however – the perspective that supposedly informs “science-based targets” – NCS offsets are not a prudent or reliable way to achieve “net zero” emissions.

The primary means for achieving more “permanent” removals – geologic sequestration through carbon capture and storage (CCS) – is still a largely unproven approach. In particular, geologic reservoirs for CCS are finite, and the total viable long-term storage potential is unclear. This has led a number of commentators to warn against making premature assumptions about the reliability of “negative emission technologies”, and to argue for developing emission reduction targets separate from considerations about sequestration or negative emissions. A prudent strategy for setting a “science-based’ target, then, would be to act as if CCS and other negative emission technologies will not be widely available, even over the long term.

Regardless of the ultimate role of CO2 removal technologies in global climate change mitigation efforts, we currently still have a long way to go to simply reduce fossil carbon emissions and emissions of other greenhouse gases. By mid-century, “net zero” emissions may indeed require balancing emissions with removals. In 2020, an arbitrary focus on emission removals rather than reductions is missing the trees (what is needed now) for the forest (what – in an ideal world – will be needed 30 years from now). This kind of distraction can have unintended and adverse consequences.

The idea of “science-based” targets is useful as a thought exercise for individual companies and organizations. It can illuminate their role in a sustainable, decarbonized world, at a tangible, “nuts and bolts” level; this can lead to concrete steps and help drive business strategies. But when the idea is taken to logical extremes, the results can be counterproductive. A narrow focus on achieving “net zero” emissions using only removal-based carbon offsets would be just such an extreme.

Ideally, organizations (along with the rest of the world!) will reduce their own emissions in line with what is needed to limit global warming to 1.5°C or 2°C. If they use carbon offsets to achieve even more mitigation, they should strongly consider investments that avoid greenhouse gas emissions – and thus accelerate decarbonization. It does not make sense to limit investment to sequestration offsets based on an idealized notion of what “net zero” emissions should look like in 2050.

7 responses to “Should carbon offsets only include removing CO2 from the atmosphere?”