Did the eGRID tool for electric power emissions endure a climate-denying President?

The most common type of greenhouse gas (GHG) inventorying, or carbon footprinting involves quantifying the GHG emissions attributable to an entity, such as a company, product, or jurisdiction. One element that the United States Environmental Protection Agency (USEPA)-developed Emissions and Generation Resource Integrated Database (eGRID) assists with is quantifying emissions associated with electricity generation and consumption (see below for What is eGRID). The direct emissions from electricity generation are attributable to the company combusting fuels (categorized as “scope 1” emissions). Also, indirect emissions associated with the purchasing of electricity, delivered through a utility-operated grid, are attributable to the entity purchasing and consuming that electricity. These indirect emissions are categorized as “scope 2” within attributional or “organizational” GHG accounting (see Figure 1).

The buyer of electricity, which is delivered to them over a transmission and distribution (T&D) grid, neither owns nor operates the electricity generation or T&D equipment. Therefore, they do not have direct access to the data necessary to estimate the emissions resulting from the production of electricity. Instead, they must rely on their utility or someone else to provide this information. A common point of confusion for electricity consumers attempting to calculate their indirect emissions is where to locate data and how to judge its reliability.

The eGRID tool has provided reliable information for calculating emissions from electricity generated in the United States since its development by the USEPA in 1996. While eGRID could well have been targeted by the former Presidential administration in the United States, which took a stance against climate-related data and information prompting many backup climate-related databases, it appears the EPA was able to continue its work and even update eGRID in January 2020 and February 2021. 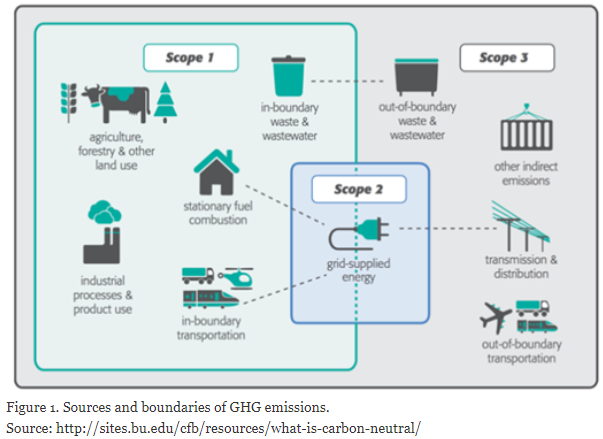 It is the major resource for data on emissions from electricity generation for GHG emission inventories in the United States. eGRID provides information to simplify the process of calculating scope 2 emissions. Scope 2 covers the GHG emissions associated with the portion of power generation purchased from other entities (like a utility provider) and does not include self-generated power. Most corporate entities will have this type of scope 2 emission unless they self-generate 100% of the power they consume in their operations. eGRID uses facility-level electricity generation information to develop average emission rates – or emission factors – for electric grids across six sub-regions in the United States and Puerto Rico[1] in pounds of CO2 per MWh (Figure 2). These eGRID sub-region electric grid emission factors can be combined with activity data (for electricity consumption – typically reported in KWh) to calculate scope 2 emissions from purchased electricity. Since its development, eGRID has been a valuable tool to support GHG inventorying by supplying reliable emissions information to support the calculation of emissions from purchased electricity. 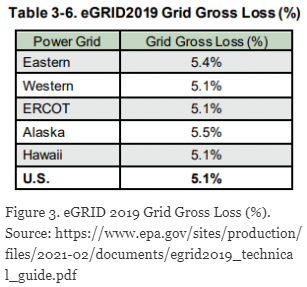 eGRID presents information in a user-friendly interactive map and allows the database to be filtered and downloaded. Data submitted to the U.S. Government for each energy generation facility is aggregated (at various levels) in the database. Emission estimations follow the eGRID methodology as presented through the Technical Support Document for eGRID2019. eGRID incorporates grid transmission and distribution (T&D) line loss as a separate element of the methodology (covered in section 3.5 of the Technical Support Document). T&D line loss arises when electric power (MWh) is transmitted from generation facilities to grid-connected end-users and a portion of the electricity generated effectively is “lost” as it passes through wires and equipment. Gridline loss is typically estimated at around 3-7% of electricity produced in the United States. eGRID provides average line loss factors corresponding to its sub-regional grid zones (Figure 3), which is another useful metric for companies seeking to quantify this aspect of GHG inventories.

The eGRID methodology identifies an adjustment for combined heat and power (CHP) generation units. These facilities produce electricity and use what would otherwise be wasted energy to provide heat. For example, a natural gas-powered generation unit may heat water to produce steam which spins a turbine to generate electricity, and if it were a CHP plant it would then capture the steam and direct it to heat buildings. The eGRID methodology applies a CHP adjustment that calculates the total output of electricity and useful thermal output (heat) and the total emissions that resulted from their generation. The total emissions are proportionally distributed based upon the quantities of electricity and heat generated effectively lowering the emissions rate for electricity generated from CHP plants (see section 3.1.2.2 of the Technical Support Document for eGRID2019).

eGRID also specifies adjustments for generation units that burn biomass. The methodology assumes that zero CO2 emissions result from facilities burning biomass. The rationale provided is that it is assumed the CO2 emissions resulting from the combustion of biomass will be re-sequestered through the growth period of future biomass that replaces (i.e., regrows) the harvested fuel source (i.e., a tree sequesters carbon removing CO2 from the atmosphere as it grows and when the wood from the tree is burned the previously sequestered carbon is released).[2] The methodology makes a similar zero-emissions assumption for the biomass portion of municipal solid waste that is incinerated to produce electricity (e.g., food, paper, wood), while these plants would generate emissions in eGRID from the non-biomass portion (e.g., plastic, tires) of the municipal solid waste (see section 3.1.2.1 of the Technical Support Document for eGRID2019). 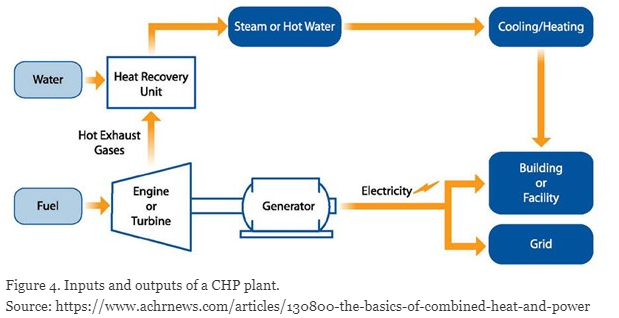 GHG professionals in the United States will continue to benefit from eGRID; however, this database is not without a shortcoming. One challenge in using grid emission factor databases like eGRID is that there is a publishing lag of several years. For instance, the 2019 emissions data was published in 2021. This lag is particularly problematic as the overall power generation mix has been changing rapidly in certain regions of the country. These shifts are one reason that a GHG manager may choose to forego use of eGRID in place of a methodology that would involve more effort but could more accurately capture the current conditions.

While eGRID is specific to the United States, other countries and organizations have similar databases or have developed guidance to assist in determining emissions from electric power generation – a few of which are provided for reference below: