The Paris Agreement is done! Let the negotiations begin? 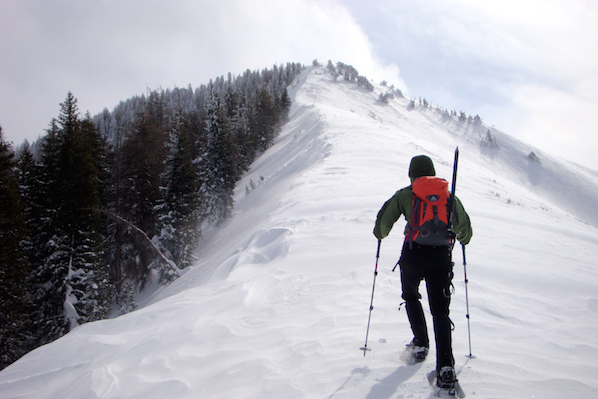 In my blog post right after the negotiations in Paris, I promised to provide a substantive look at the Paris Agreement. This post will go beyond another simple and repetitive summary of the Agreement.

With this post, I want to achieve two alternative tasks. The first is to provide reflections on the Agreement to tease out deeper themes. Second, I’ve created a detailed outline of key steps in the Agreement for elaborating and operationalizing the text’s skeleton framework.

190+ countries adopted the Paris Agreement. This came after 150+ countries submitted their Intended Nationally Determined Contributions (INDCs) stating their greenhouse gas (GHG) mitigation commitment in support of the Agreement. And the Paris Conference of Parties (COP) hosted 150 heads of state, which is the largest collection of world leaders ever gathered. Wow!

Since the “failed” 2009 negotiations in Copenhagen, we repeatedly heard chatter that the entire UNFCCC process may have been irreparably broken, with too many overlapping negotiating tracks and ever growing layers of bureaucratic bodies and processes. Maybe a global consensus based process just doesn’t work, especially for such a complicated international relations challenge?

Well, Paris has quieted that talk and injected life into the UN process. Maybe the mistakes and lessons learned from the Kyoto Protocol and Copenhagen set the stage. Maybe now we have mastered the formula for international environmental agreement negotiations. There might be some truth to such views. However, the scholar in me sees a single case study and a rare perfect mix of a horrible coincidental tragedy followed by global sympathy, adroit French diplomacy, and a sense of international peer pressure.

In terms of the negotiation process, enough cannot be said to compliment the year of intense diplomacy of the French presidency. That and the ultra marathon effort they and the UNFCCC secretariat in Paris endured. It was a smart strategic move to have all the world leaders come at the beginning of the COP and then leave. This move raised expectations without bogging down the process with too many egos.

It was another smart strategic move to get the INDCs in writing before the final big push of Agreement negotiations. As a consequence, the negotiations were never really about mitigation targets. That contentious issue was mostly off the negotiating table. The INDC process was set in motion two years earlier at the Warsaw COP and is the fundamental element of what we generally refer to as a “bottom up” framework. The approach is wide and shallow (all countries) rather than narrow and deep (a few rich countries). The latter is exemplified by the “top down” approach of the Kyoto Protocol. Simply put, we tried it the Kyoto way, and it apparently didn’t work, so let’s try this other way and see if that works. Despite sounding flippant, given that we are discussing the fate of the planet, there is some truth to the fact that we are stumbling through the dark here.

A major theme and change that has occurred in international climate policy is an exorcism of the ghosts of the 1995 Berlin Mandate, which strictly bifurcated nations into developed and developing categories (i.e., Annex I and non-Annex I). We now have an agreement that recognizes that all countries must contribute to the solution, while still accounting for the fact that countries are at different stages of development with different capacities to act and to provide climate finance. In some ways, the last 20 years of climate negotiations have all been about getting to this point of begrudging consonance. The Agreement even opens the door for some more wealthy “developing” countries to make their own contributions to climate finance for least developed countries. And some, such as China, have already stepped up to do so.

At the core of the Agreement are provisions for transparency and accountability that strengthen both the implementation and accountability for NDCs.[1] Achieving transparency may be especially challenging because countries have structured their NDCs in widely diverse, and at times imprecise, ways. New guidance under the Agreement on NDC submissions will have to harmonize how Parties specify their NDCs (e.g., baselines and metrics). Guidelines for these provisions will be negotiated over the next couple of years. Interestingly, the Agreement states that the secretariat will immediately begin building a public registry for NDCs, ahead of these negotiations, which means we may see the beginnings of a common reporting framework relatively soon.

From our perspective, a critical outcome of Paris is that all countries will now be measuring and reporting their GHG emissions and results of mitigation actions on a regular basis (i.e., at least biennially) based on IPCC methods and good practice. The challenge is that we have to get this new global GHG reporting and review system up and running by 2020. Yet, the capacity in many developing countries is not yet there. It has taken us almost 20 years for the developed world to build high quality GHG measurement, reporting, and verification (MRV) systems. We now need to do this for all countries in the next four years. It’s time to scale up smart capacity building.

And in parallel to the reporting process, the UNFCCC review process for national GHG emissions and removal data submissions will need to be extended after 2020 to all countries. This is a huge five-fold increase to the existing review process. A process that is already heavily strained. Something will need to change in the Expert Review Team model we currently use if it is to efficiently scale.

Much attention has been given to the long-term goal of the Agreement. It specifies that the community of nations will strive to limit warming to 1.5°C above the pre-industrial average and to achieve net zero GHG emissions by 2100. I sincerely wish I could see this goal as achievable and realistic. Don’t look at the global temperature numbers for 2015 and 2016.

Similarly, there have been numerous critiques of the Agreement based on the fact that the aggregate GHG mitigation pledges contained in submitted INDCs are far short of even limiting warming to 2°C. This problem worries me less. It is unrealistic that we would lock in a one-step solution to the problem of climate change. The Agreement puts in place a process for increasing ambition with regular rounds of new NDCs. Now, the pessimist in me then takes note of India’s plans, in the face of the Agreement, to double coal consumption even while they are promoting renewable energy. But, the framework is there to “ratchet up” our ambition. Hopefully.

Within the negotiating and lawyerly class, there was much focus on the issue of legal form (i.e., what is legally binding under international law). Politically, the issue is important, largely in the context of the United States’ right-wing dominance of its legislative body. But more broadly, the issue is somewhat over-hyped. As we saw with the Kyoto Protocol, and is well-addressed in the international relations literature, there is no practical compliance and enforcement of international environmental agreements. So, it is doubtful it will make a difference that not all of the Agreement is legally binding under international law.

A major fact to recognize about the Agreement is that it calls for a huge amount of further negotiations and technical work to elaborate all its provisions, new processes, mechanisms, and bodies. All of this work needs to be completed well in advance of 2020, the first year of NDC implementation. So, the next four years should be a period of intensive negotiating work on designing operational details. The Agreement is largely a framework that only vaguely outlines numerous new concepts and process, many of which are little more than names, such as “internationally transferred mitigation outcomes” (ITMOs), with little further explanation.

The Agreement was adopted in Paris by all Parties, but it must still be signed along with an “instruments of ratification, acceptance, approval, or accession” deposited with the United Nations. When at least 55 countries accounting for at least 55% of global GHG emissions do so, the Agreement will enter into force. This process begins on 22 April 2016 with a big UN high-level signing ceremony. If that event is successful then the Agreement could enter into force as early as May 2016 (yes, in 3 months). The result would be that the November 2016 COP22 in Marrakesh could be the first Meeting of the Parties to the Paris Agreement (CMA). And it is at this first CMA that a huge list of decisions on the operationalization of the Agreement are to be made. To be clear, this is not realistic. Chalk this disconnect up to sleep-deprived negotiators. The negotiations to elaborate the Agreement will fully get under way this May at the UNFCCC subsidiary bodies meeting in Bonn.

In the tables below, I have provided a detailed list of the major tasks, guidelines, decisions and other actions that will need to be completed to operationalize the Agreement. Or, you can also see our graphical timeline of major events in the Agreement.  In other words, this schedule is what you should expect to happen over the next few years with respect to the formal UNFCCC processes. You will notice that a huge amount work is due to be completed at the first CMA after the Agreement enters into force, which again could be this November at COP22.

So, there is much to celebrate, but also much work to be done, both to put meat on the bones of the Agreement and then to implement it. And there is still much that can go wrong in this period, especially if the momentum and spirit of Paris fades, or a political fever comes over certain major countries.

At GHGMI, we are working overtime to maintain the momentum and make this Agreement a success. In preparation, we spent the last 3 years building the world’s only serious global training program on the IPCC Guidelines for GHG emissions accounting. And, we will be doing all we can to facilitate the creation of a global strategy on capacity building that is smarter, bigger, and faster.

[1] Note the switch from INDC to NDC with the dropping of “intended”. Once the Agreement goes into force, the nomenclature switches from pledges to commitments.

* Refers to items under the Agreement that are called to be completed by the first Meeting of the Parties to the Agreement.

Other major actions required by the Agreement

Below are some of the most insightful and novel summaries and analyses of the Paris Agreement.

4 responses to “The Paris Agreement is done! Let the negotiations begin?”