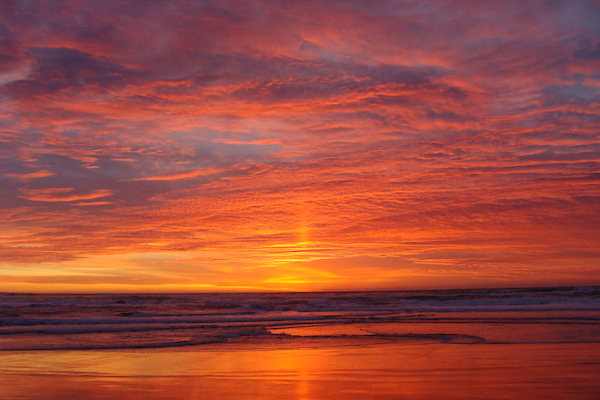 It was November of 2000 in Washington DC. I was on the steps of the U.S. Supreme Court, as a 30 year-old staff member at the US EPA working in the climate change policy office. It was a politically charged moment with a major Presidential election hanging in the balance. It was also a hopeful moment. We had a global treaty, and Al Gore, a champion of climate action, looked like he would be our next President.

Five years earlier I had started work building the initial U.S. greenhouse gas emission and removal inventories in the lead up to the Kyoto Protocol negotiations. It was an exciting time to be working at the forefront of such a fascinating, complex, and important issue. I was full of optimism of what we could achieve.

History tells us what happened next. A blatantly partisan act by a divided judiciary appropriated the election for George W. Bush. The implications were many, including eight lost years to seriously begin defusing an atmospheric scale ticking time bomb.

In those years, we all struggled on through other channels. The European Union showed leadership, as did many other countries and regions (e.g., California and the RGGI states). While this was happening, though, the mere acceptance of scientific evidence became increasingly contingent on political affiliation. Climate change denial became a core part of tribal identity for nearly half of the American public. Providing a frightening example of how we as humans instinctively shape our beliefs to favor tribal acceptance over all but the most extreme contradictions to experience or evidence-based reality.

You have to excuse me for feeling some sense of déjà vu. Now in 2016, we again have carved out of hard stone a new global treaty. And again, my country is foolishly throwing the potential for global progress in the bin. The roots of science ignorance and xenophobic fear never withered. They were only temporarily quite.

I wish I could conclude this post with a hopeful message and a call to reinvigorate our efforts because of my confidence of an ultimate environmental enlightenment. But, right now I cannot, because it feels like this time it is even worse than back in 2000. It is not so much the electoral outcome in the USA. Instead, it is what this election reveals about the nature of the American polity and potentially, human nature. Apparently there is still much bigotry in us that is just waiting for permission from demagogues to be expressed. This defect in our social character is chaining us down from meeting challenges requiring intelligent global collective action. Yes, eventually, I still have hope that we will develop sufficiently shared global norms and institutions to manage inherent global challenges. But, climate change is one global challenge that will not wait. Our window to avoid dramatic climate change impacts is closing, and politically it now appears it has been sealed shut.

So, my colleagues and I at GHGMI will keep working to achieve a better future. But my aspirations for what is possible have now been significantly lowered. Limiting the global average temperature increase to 1.5°C was always going to be highly unlikely. Now keeping below 2°C seems equally improbable. But, we still have to work avoid even worse futures.

Just a few weeks ago we celebrated the early entry into force of the Paris Agreement. But now we mourn the tragedy of a better path not taken. At this moment, upon my return from the latest climate negotiations in Marrakech, my primary message is one of apology. I apologize to the all the people of the world for, what is now shamefully exposed, that my country is so deeply shaped by fear and ignorance. And, I apologize to my children and family for not doing more to lead us along a path to a less damaged future.

Yes, we will get back to work. And yes, there is still much we can do and achieve. But, there is no sugar coating where we find ourselves at this moment in time. It will be bad.