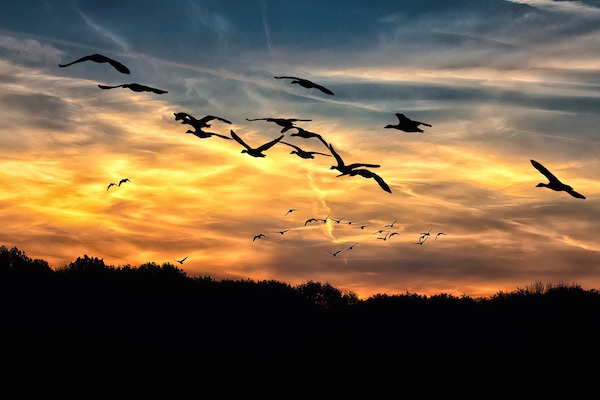 Unexpected transitions bring on strong emotions, and emotions are running high right now. Domestically and internationally, daily news stories raise questions as to whether the new U.S. President will wipe out years of hard and steady work to achieve public policy advances in air, water, renewables, energy efficiency and climate change. Each new day seems to introduce more reasons to be concerned. For example, Myron Ebell has been chosen by President-elect Donald Trump to lead the transition team at the U.S. Environmental Protection Agency (EPA), a team whose job includes organizing and coordinating the president elect’s policy platform in the agency . Ebell is a known climate skeptic and is director for the Center of Energy and Environment at the Competitive Enterprise Institute, an organization suing EPA over its signature Clean Power Plan.

Then came news that Scott Pruitt, the Attorney General of the oil and gas-rich State of Oklahoma—who is also currently challenging EPA climate, air and water regulations—was nominated as the new EPA Administrator.

Most recently, Trump picked the CEO of Exxon Mobil, Rex Tillerson to be the Secretary of State, the agency responsible for leading the U.S. delegation to the international climate negotiations.

And a frightening sign came when it was made public that in the middle of these nominations, the Trump transition team distributed a questionnaire to Department of Energy officials trying to identify key federal officials in the current Administration and scientists at U.S. national laboratories who have dedicated their careers to climate change issues. Such a step elicits images of a modern-day political witch hunt. The writing on the wall is becoming clearer every day. It will be a difficult four years ahead for those advancing work to mitigate and adapt to climate change. But I do have hope.

It may sound strange to say so. Clearly, others don’t agree with me in this assessment. But, I continue to have hope because:

1. The political winds have changed before. I experienced first-hand the excitement of being a member of the U.S. delegation to the climate negotiations under President Bill Clinton at COP 6 (the annual meeting of the Conference of the Parties (COP) to the United Nations Framework Convention on Climate Change (UNFCCC) in 2000. At that time, I had a sense that when the U.S. spoke at the negotiations, the international community listened. Fast forward eight months to July 2001, at COP 6-bis and the picture had evolved. President George W. Bush had, just months earlier, moved away from the Kyoto Protocol. No longer was the United States pro-offering ideas of how to implement the Kyoto Protocol. In the corridors, other delegates remarked on the silence of the United States, noting that the U.S. had spent years teaching the world how to dance (i.e. how to implement emissions trading and other flexible mechanisms that were seen as a central component of the Kyoto Protocol) but then decided to leave the party.

The transition was difficult, and engagement in the international climate negotiations process under President Bush was certainly different, but advancements in climate knowledge in the United States were made nonetheless. A key example, is that the GHG Reporting Program (GHGRP) was finalized and implemented under President Bush, mandating that all facilities over a certain threshold annually measure or estimate their GHG emissions and report them to the U.S. EPA. The GHGRP was a huge step forward in improving our understanding of the level of emissions in various economic sectors, allowing all interested individuals to identify options to reduce these emissions. This coming from an administration, who, as one of its first responses to the climate agenda, turned its back.

There is a feeling of déjà vu right now. In less than a years’ time, from December 2015 to today, the United States has joined nearly 100 other countries as part of a “high ambition coalition” calling for recognition of a 1.5°C temperature goal and a mechanism to raise ambition over time, has accepted the Paris Agreement, and then most recently has begun weathering questions whether President-elect Donald Trump will pull out of the Paris Agreement, and fail to support implementation of the U.S. nationally determined contribution (NDC). Whether Trump officially pulls out of the Agreement or not remains to be seen, and it may not really matter in terms of what we see on the ground, as many domestic initiatives and regulations that were intended to help the United States meet its goal (e.g., the Clean Power Plan, a recently finalized regulation to address CH4 emissions from new and modified sources in the oil and gas industry and additional regulations planned that would curtail methane emissions from existing oil and gas sources) will likely come under quick fire in the new administration.

But I have hope. I have hope that the dedicated scientists, policy makers, economists and the many other civil servants who have worked on this issue in many cases for over a decade will continue to initiate some action at the Federal level.

2. Climate policies make economic sense. Companies know that reducing GHG emissions, while helping the planet, often makes economic sense. In an open letter to President-elect Trump, President Obama, the U.S. Congress and global leaders at COP 22 in Marrakech, more than 425 businesses and investors, from large Fortune 500 firms to small, family-owned businesses called for the United States to continue low carbon policies and support investment in a low carbon economy both at home and abroad in order to give the business community clarity. These businesses also called for the United States to increase ambition and to continue participation in the Paris Agreement to provide the long-term direction needed to keep global temperature rise below 2°C. I have hope these calls for action from the business community may resonate with a President-elect Donald Trump.

In January 2007, several major U.S. manufacturers, including Caterpillar Inc, Alcoa, Dupont and Duke Energy, joined with non-governmental organizations in an open letter to President George W. Bush calling on the President to enact legislation to reduce GHG emissions, including through the introduction of mandatory caps on emissions. One reason for their view – such legislation would avoid a “patchwork” of regulatory action among States and, if done correctly, would lead to economic opportunities across the economy.

At the start of COP 9, in December 2009, a similar letter was written to President Obama calling for the government to strengthen and pass legislation, leading the world by example. The business leaders recognized, “The key role that American innovation and leadership play in stimulating the worldwide economy. Investing in a Clean Energy Economy will drive state-of –the-art technologies that will spur economic growth, create new energy jobs, and increase our energy security all while reducing the harmful emissions that are putting our planet at risk.” The business leaders went on to say, “We have the ability and the know-how to lead the world in clean energy technology to thrive in a global market and economy. But we must embrace the challenge today to ensure that future generations are left with a safe planet and a strong economy”. That letter was signed by, among others, Donald Trump.

While it’s true that the actions Trump is taking today, and his nominations for key energy and environment posts in the Cabinet have significantly more weight than a letter he may (or may inadvertently) have signed over seven years ago, the fact remains that many companies want action because it affects their bottom line. Industry is not making investments on a four, or even eight -year cycle, but on a 20, 30 40- year cycle. I have hope because, if anything, President-elect Trump understands the need for consistency and clarity for industry and the business community.

3. The U.S. has established a robust institutional structure to address climate change. When we talk about capacity building activities in developing countries, a key tenet is to develop strong legal, institutional and procedural arrangements to enable creation of endogenous and sustainable capacity to implement the short and long term climate goals of a country. We also talk about building robust peer and professional communities that are active and foster learning over time. The United States has been nurturing such communities for more than 20 years.

While we may question the path the U.S. Federal government may take over the next four years, we should not forget that the institutional framework of the United States does not stand on the shoulders of the Federal government alone. States and local governments play a strong role. Businesses, as described above, will continue to have a voice. And groups like GHGMI, whose mission is to build and support a global community of experts with the highest standards of practice in measuring, accounting, auditing and managing GHG emissions will continue and advance the work. Not only do I have hope, but I know, that there are many other groups out there, like GHGMI, who can and will continue their core missions related to climate change.

4. Climate is just one of many issues of interest to the international community. The world is complex, it is messy. A leader has to understand what drives people, what drives nations. I am not saying that action on climate change is necessarily the primary factor in decision making for any specific country, but it is a factor. The world has come a long way since 2000, when climate action was mostly driven by the actions of a few Annex I Parties. As of today, 118 countries have ratified, approved or accepted the Paris Agreement. Importantly, the momentum did not stop after 8 November 2016. Since the U.S. election, 15 more countries have ratified the Agreement. There is an inertia that can be felt. When President Trump sits across the table from leaders from the European Union, China and other parts of the world, climate change may become part of the discussion, a part of the negotiation, whether the President explicitly wants it to be or not.

So, I have hope. There will be bumps in the process, some maybe leading to minor adjustments in the path forward and others maybe requiring a detour. But the domestic and international community continues to experience the effects of climate change and the calls for action are only getting stronger. Like the infrastructure we seek to build, we need to be resilient. We need to be smart. All countries are facing a multitude of challenges, both within their national borders and in their relations with others. I have hope that other countries will push for U.S. action on climate change as one of a suite of pressing issues. I have hope that domestically, we will continue to see climate change as an important issue that is not only related to getting GHG emissions out of the atmosphere, but to achieving energy security, maintaining international competitiveness for our industries, and helping businesses succeed in the global economy.