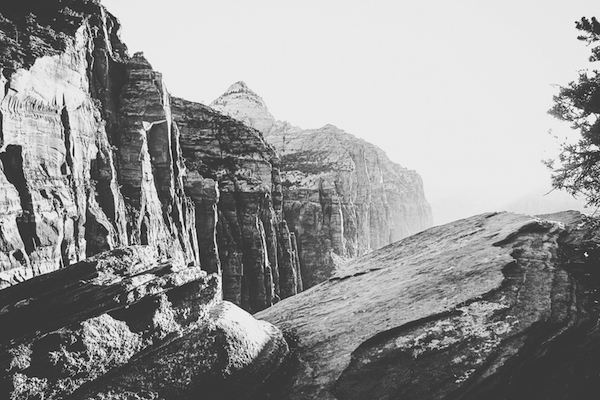 I am, probably along with you, still conducting my own autopsy of 2016 and the chaos rattling across the United States and the world. I start this process with an acknowledgement that I am mournful regarding the recent political shockwaves and their impact on climate change policy.

How did we get here?

In recent years, we have seen frightening retrenchment across democratic systems in Venezuela, Poland, Hungry, and Turkey, just to name a few. In each case, populist demagogues slowly eroded political structures to achieve more authoritarian control. Historically, similar populist demagogues have prospered in the United States, including as presidential candidates. But, they were never elected, even when they had popular support. American political parties would screen them out as unfit for leadership and not allow them to become major candidates.

Now, however, the Republican Party has lost this filtering capability. A xenophobic and bigoted demagogue—who never attempted to hide it—received a major political party nomination. And then once on the voting ballot, the unsettling amount of structural bias in the American election system against urban areas allowed for the Party to win. My mourning comes most deeply from my inability to explain how so many of my fellow citizens were so easily duped by such an obvious con man.

The more pragmatic question, though, is why the U.S. political party filtering process has ceased working? First, globalization—economic and demographic—has enflamed our instinctive tribal fears of unfamiliar “others”. This force super charges the demagogic message. Second, communication technology has empowered populist movements to bypass legacy media institutions and amplify their message. As a result, and in keeping demagogues of the past, we see that professional journalism, technical expertise, and science-based evidence are all being intentionally delegitimized. Broadcast radio, a new communication technology back in the 1920s, had a similar empowering effect on past demagogues in many countries.

These forces—globalization and communication technology—lead us to a conclusion, illustrated by Donald Trump’s jarring electoral college win and the Brexit vote. We have entered a far more politically volatile era. For historically stable democracies, the range of feasible political failure modes are more numerous, and more frightening, than we previously thought.

With this political reality, let’s now visit the climate cliff.

It is easy to have a vision of a future world where information technology and globalization bring about economic development and a planetary sense of shared destiny. It is hard to see a future with a successful Paris Agreement in the absence of such a vision. But clearly, these forces can also have less sanguine effects.

Should we still be hopeful for the longer term? The last few weeks have confirmed that Trump is a demagogue. But, they have also shown him to be an incompetent one. So, at least with the next election, Americans can correct their mistake. However, we must recognize that even if the right-wing climate deniers are defeated in the next election, we are not going back to the way that politics operated before. The norms and institutions we historically relied upon to protect us are being increasingly smashed, possibly permanently. The next demagogue will benefit from the same forces at work now, unless we develop updated norms and institutions that address the global economy and technology of this era. Ones that address the fear and lack of curiosity that demagogues rely on. What these new norms and institutions will look like, I have no idea. Do you?

Another source of hope comes through demographics and long-term exposure therapy. The example comes from California, where in the 1990s, politicians used xenophobic demagoguery to win elections and enact anti-immigration laws. Sadly, it worked for a number of years. But, eventually the fear mongering lost its potency and California emerged as the far more progressive State we know today. Research indicates that people have a politically reactionary rejection of demographic change initially. But in time, due to cultural exposure and mutual assimilation, the fear subsides, and we become comfortable with the increased diversity. Let us hope that this transition throughout the USA happens quickly.

So what do we do in the meantime?

As climate change professionals, should we elevate our advocacy for evidence-based norms and institutions, both new and old? This question is being debated around the “March for Science” now scheduled for Earth Day (22 April).

As GHG management professionals, we all rely on credible science and data. We are now also being challenged to advocate politically and possibly risk our community’s reputation for objectivity by appearing to take political sides. Some are arguing that scientists are better off engaging personally with climate change deniers; that protests are counterproductive to changing minds and that marching will only politicize science further. The research shows, though, that it is not clear how to change minds on these strongly held political tribal beliefs. And, we know that as science professionals, we did not politicize our work in the first place.

Although calm reasoned engagement is always appropriate, demagoguery and denial of science can only prosper if there are weak forces pushing back. It is for this reason that I am proud to personally, and on behalf of GHGMI, be a strong advocate for the scientific process, the careful scrutinization of evidence, and for competency and ethics in our community of greenhouse gas professionals. So, we will March for Science. Sometimes you have to stand up for core values. Now is such a time. I hope you agree.

3 responses to “Are our politics, along with the climate, being driven off a cliff?”