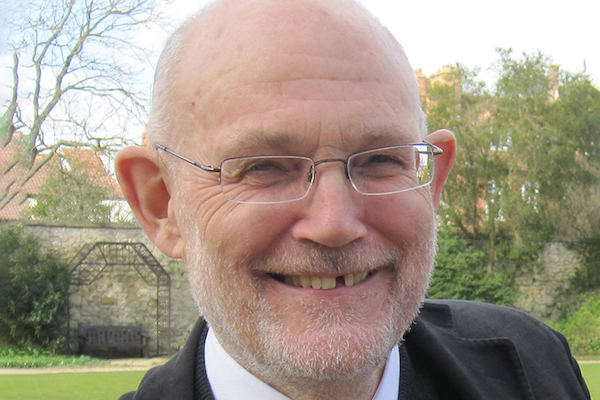 For the growing community of professionals who, as part of their routine work, make use of the Intergovernmental Panel on Climate Change (IPCC) guidance on greenhouse gas inventories, it is hard to imagine that at one point these guidelines did not exist. That there was no such thing as “IPCC good practice”. The methods, data, and guiding principles of the IPCC now inform greenhouse gas quantification across so many levels, from national inventories under the Paris Agreement, to corporate disclosure, footprint calculators, project development, and climate finance. Here at the GHG Management Institute, the IPCC Guidelines are the basis for an in-depth six-part course series.

We owe much to the leadership and commitment of the international experts who worked for so many years through the IPCC. In particular, I want to take a moment to remember Jim Penman, the former climate change expert at the United Kingdom’s Department of Energy and Climate Change, and visionary thinker behind IPCC good practice. Jim was sadly taken away from us in 2016 after a tragic bicycle accident on a country road outside of his home town of Dorking, UK.

In some ways, Jim was an unlikely leader. Many might recall after first meeting him, that they had trouble understanding everything he said. Particularly in the early days of the IPCC, Jim spoke in a soft and hesitant voice, which sometimes obscured the importance of the messages he conveyed. More than once, while sitting towards the back of a full meeting room with poor acoustics, I was asked by a non-native English speaking colleague to “translate” what Jim was saying at the podium. But as we all became more accustomed to Jim’s style, and as he became more comfortable presiding over large meetings, the breadth and depth of his skillset, knowledge and commitment became apparent to all.

As a trained physicist, he brought analytical rigor, versatility, and willingness to explore new ideas to every challenge that came up. He could engage with foresters on biometric equations in the morning, work through an answer with the uncertainty statisticians over lunch, find a solution for harvested wood products in the afternoon, and then edit a draft on carbon capture and storage late into the evening so that it was ready for the participants the next morning. If he could manage it, he would also try to fit in time for a tall glass of English ale after dinner. Experts across every field responded to him because he took the time to learn about their work, understand their viewpoints, and incorporate their input into the IPCC’s products.

Jim was also an expert mediator and problem solver, so much so that it was expected that at some point every break-out group would end up at a “let’s ask Jim” moment at least once per meeting. Needless to say, he was pulled in many different directions simultaneously, but he never protested or complained. Rather, he seemed to embrace the challenge, viewing it as part of the overall effort to bring the best IPCC guidance to governments and other users. Later, in his role as a member of the IPCC’s Task Force Bureau, an issue was never really resolved or a decision taken until Jim had weighed in on the matter. Often the solution was obvious once he communicated it, and his colleagues would feel a sense of relief that the discussion had progressed through an impasse, an appreciation for the elegance of Jim’s problem solving skills, and a bit of unease about how dependent we had all become on him.

Another important aspect of Jim’s contribution was his pragmatism. As a physicist, he could have approached greenhouse gas estimation with a singular focus on exactitude, expensive measurement approaches, and a desire to chase down every last molecule. Instead, he understood that greenhouse gas inventories served a greater policy interest in the effort to address climate change. Governments needed high quality greenhouse gas inventories to develop and assess mitigation policies. They wanted to see inventories from other countries for assurance that multilateral agreements were being honored. But Jim also recognized that all governments faced varying constraints on resources, staff, capacity, and training, and the IPCC should be relevant for every situation. Guidance that worked in Norway also should work in Nepal.

The IPCC approach needed to nudge governments towards making the most out of the resources they did have, towards improvement over time, and towards a commonly accepted standard. The solution for the IPCC was a concept called “good practice”, and it was Jim who developed the definition that is so widely used today:

…inventories consistent with good practice are those which contain neither over- nor under-estimates so far as can be judged, and in which uncertainties are reduced as far as practicable.

Jim’s association with good practice is so close that many readers may in fact hear Jim’s voice when they read this definition. With economy and clarity, his definition acknowledges that that uncertainties cannot be eliminated but they can be managed, and that first and foremost for them to be useful they need to be unbiased and represent the best information available. The effort to address climate change can accommodate uncertainty, but not incredulity.

Over the course of his long career, Jim had many other significant contributions, which are too numerous to cover in their entirety here. He had a special affinity for the challenge of the land sector, and worked tirelessly in the IPCC and at the United Nations to put in place tools and policies to slow and stop tropical deforestation. He was a pioneer in the UN system of technical peer review, serving as one of the first lead reviewers and helping to refine the system that is in use now for developed countries. He chaired numerous negotiating UN sessions and is remembered by other negotiators as someone who could bring Parties together. He also mentored countless younger experts in the UK government and abroad, who are now making their own impressive contributions.

As we make our journey through 2017 without Jim, there are admittedly reasons to be pessimistic about climate change, and indeed many other issues. But pessimism was not something that came naturally to him. His basic approach was one of optimism. He firmly believed that over time the greatest challenges can be overcome, and he backed it up every day in his approach to his work. Although we can no longer say “let’s ask Jim”, we can appreciate his contribution and carry his legacy forward as we continue in the climate change field.

Jim Penman is survived by his wife Theresa and two daughters Bridget and Mary. You can see more details about Jim’s many accomplishments here: https://www.ucl.ac.uk/research/domains/research-domains-news/prof-jim-penman