Carbon offsets are all the rage again. But can they be used to raise global climate ambitions? 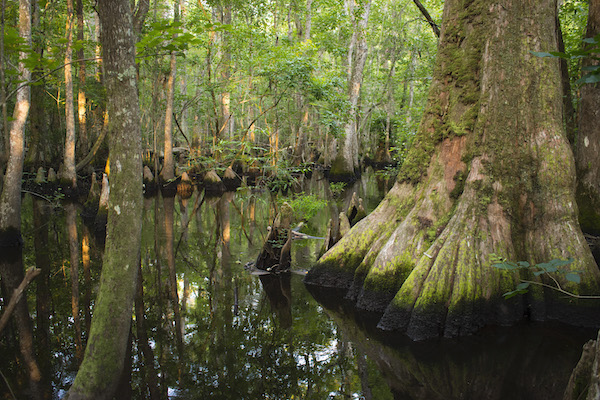 The global landscape for voluntary carbon offsetting is about to get much more complicated. SEI’s Derik Broekhoff explains the importance of COP 25 to offsets — and how Paris Agreement rules could drive significant mitigation.

Carbon offsets are all the rage again. As recently as two years ago, one might have written off the voluntary carbon market as yesterday’s answer to climate change. Today, evidence suggests a 180 degree turnaround. Growing awareness of the effects of climate change, the flight shaming movement, and what might be called the Greta Thunberg effect are all driving a major uptick in voluntary offsetting. Absolute numbers are hard to come by, but for a general indicator, the recent announcement that alumni of an iconic (but defunct) offset firm from 10 years ago are now getting their band back together is illuminating. Recognizing this trend, SEI and GHGMI – building on prior collaborations going back to the same time period – have published a new guide to using carbon offsets. 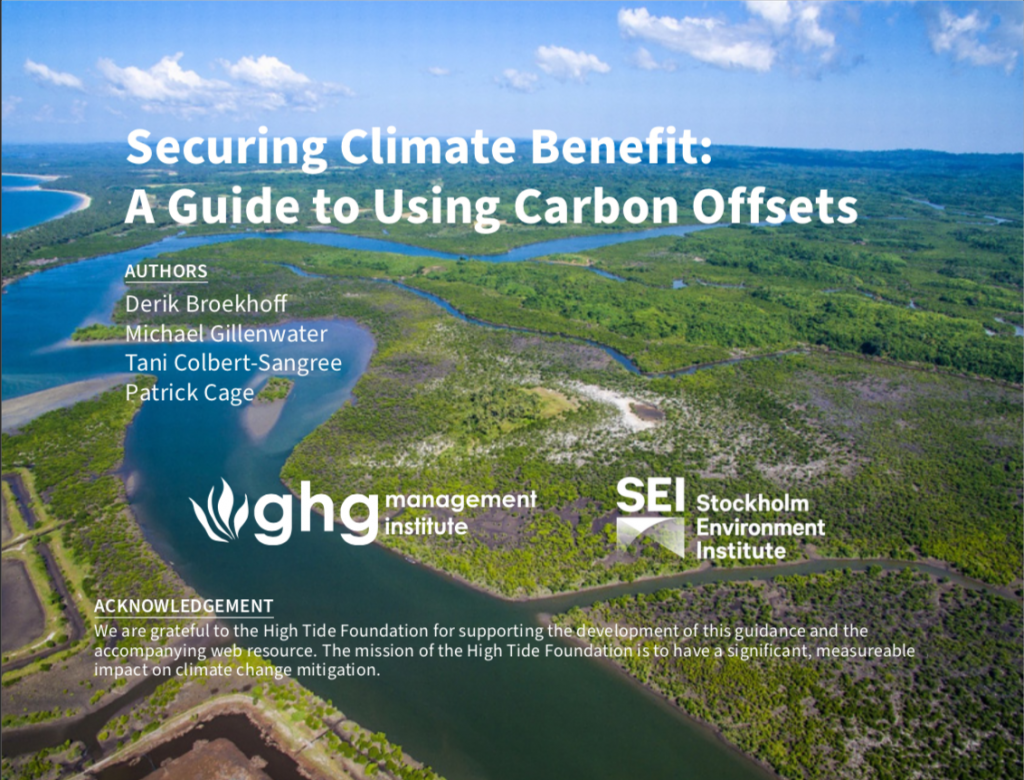 All of this renewed interest is probably a good sign. It suggests public attention to climate change is growing, at a time when action to address it is more urgent than ever. But, along with greater demand for carbon credits come a lot of familiar criticisms. Does buying carbon credits really make a difference? Won’t letting companies and consumers buy offsets just let them off the hook, instead of compelling them to reduce their own emissions? Or, worse, allow them to feel like they are solving the problem when what is really needed is strong national and international policy action?

As outlined in our new guide, these are valid concerns. Not all carbon credits are equal, and simply buying credits rather than taking steps to reduce your emissions – by flying less, for example – is not a defensible approach. A responsible approach to offsetting requires a strong plan for first reducing one’s own greenhouse gas emissions, and then spending time to understand and seek out high-quality credits. Furthermore, while an interest in accelerating action on climate change is great, consumers should never lose sight of the need for ambitious governmental policy responses.

However, these are familiar points. Less well-recognized, but just as important, is that the whole global landscape for voluntary carbon offsetting is about to get much more complicated.

Paris Agreement rules for offsets on the horizon

Such offsetting is not new. Under the Kyoto Protocol, for example, offsetting was an explicit and prominent strategy: industrialized countries could fund offset projects in developing countries, providing them with needed investment and promoting sustainable development. In exchange, industrialized countries could more cheaply meet their obligations, by claiming the reductions achieved by these projects. The difference under Paris is that, now, every country – developed and developing alike – has offered an explicit pledge to reduce emissions. The fact that every country has agreed to reduce emissions means there will be fewer opportunities for additional reductions – i.e., reductions that go beyond what countries have pledged (and would otherwise not happen in the absence of a carbon offset market).

Negotiators have yet to resolve a range of issues related to how and under what circumstances international “transfers” of reductions will take place under the Paris Agreement. A top priority, however, is ensuring that emission reductions are not double counted. Specifically, if a country allows an emission reduction to be claimed by another party (either another country or some other entity), it should no longer be able to count the reduction towards its own GHG target. The Paris Agreement has language expressly prohibiting such double counting among countries.

Currently, it is envisioned that double counting will be avoided through “robust” accounting methods (the language used in Article 6). Specifically, if a country transfers an emission reduction, it will adjust its greenhouse gas balance sheets so that the reduction is not counted toward its national pledge, while a country receiving the transfer can apply the reduction to its own balance sheet. Similar accounting will likely be done for emission reductions funded by the international aviation industry, which has pledged to offset any increase in its GHG emissions after 2020. And, in principle, the same methods could be applied to backstop claims for carbon offset credits purchased by private voluntary buyers.

Can this dilemma be reconciled? With appropriate guardrails, the voluntary offset market has the potential to drive significant mitigation in the near term; it would be a shame not to harness the energy and goodwill of carbon credit buyers to achieve this promise. Doing so, however, will require some explicit accommodation of the voluntary market in the new regime being constructed by UN negotiators. There are two options, either or both of which could be formally encouraged:

What could change the game is if there were a formal recognition at the UN level of the value of voluntary climate action by private sector actors and the benefits achieved through “charitable contribution” carbon credits. Such recognition could steer the voluntary market towards raising the ambition of countries’ climate pledges. The biggest roadblock is arguably the mindset of credit buyers, who remain enticed by carbon neutrality claims. Perhaps these buyers will eventually come around, but a formal endorsement of this paradigm under the Paris Agreement could accelerate the transition.

The rules for Article 6 have yet to be agreed. It is not too soon, however, for parties to actively consider how to leverage the surging voluntary demand for climate action to help drive greater ambition.

One response to “Carbon offsets are all the rage again. But can they be used to raise global climate ambitions?”