The Low Carbon Fuel Standard has succeeded, but how does it work? 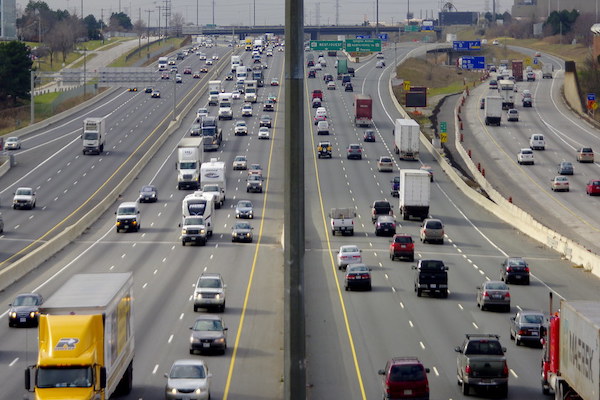 We are all familiar with emission markets for voluntary carbon offsets or compliance grade greenhouse gas (GHG) credits and allowances. But, there is another less well-known type of environmental market mechanism that is becoming a powerful new regulatory tool. This tool is especially useful for addressing GHG mitigation in the challenging transportation sector. The tool is a Low Carbon Fuel Standard (LCFS).

The State of California has been a leader in using a LCFS as a regulatory tool. The California Air Resource Board’s (CARB) LCFS program targets a 20% reduction in the state’s transportation fuel carbon intensity, by 2030 (compared to the baseline year of 2010). These carbon intensity reductions can result from incorporating alternative fuels such as ethanol, biodiesel, compressed bio-natural gas, and electricity for transportation use throughout the state; as well as improvements to petroleum fuel refineries and Carbon Capture and Sequestration (CCS) technologies. So far, California has successfully achieved a 5% decrease in the carbon intensity of transportation fuel (between 2011 and 2018) with its LCFS program.

Yet an LCFS credit (the commodity traded in the LCFS program), as a regulatory tool, has some unusual measurement, reporting, and verification (MRV) challenges to its generation that distinguish it from other market based instruments (like carbon credits or allowances). These challenges largely exist because LCFS uses life cycle analysis (LCA) to determine the carbon embodied in the complete well-to-wheel (the full life cycle) of petroleum-based fuels and alternative fuels. LCAs can be devilishly complicated to complete in an objective manner (e.g., how to set boundaries and collect data). Not surprisingly, it is an analogously complex task for anyone to rigorously verify a detailed LCA. The Greenhouse Gas Management Institute (GHGMI) has recently been deeply enmeshed in these issues with California’s LCFS program. Specifically, we have been working with our colleagues at the Climate Action Reserve (CAR) and The Climate Registry (TCR) to deliver training, testing and accreditation of LCFS verifiers in support of CARB’s regulatory oversight of the LCFS program. The addition of 3rd party verifiers to this program will provide assurance that a climate mitigation impact has been achieved. This improved and trusted measurement of success within the program will increase the production of low-carbon alternative fuels, investments in emissions reducing refinery technology, and CCS implementation.

But, how does it work?

Within California, CARB sets the target carbon intensity for the average unit of transportation fuel each year. In 2019 this target benchmark was set at 93.23gCO2e per MJ of transportation fuel. All types of fuel are evaluated against this benchmark.[1] The benchmark target then steadily decreases by 1.25% per year until it plateaus in 2030 after achieving a 20% reduction. Within the LCFS program, all fuel-producing entities must achieve the annual benchmark for each unit of fuel produced in that year or suffer non-compliance penalties. 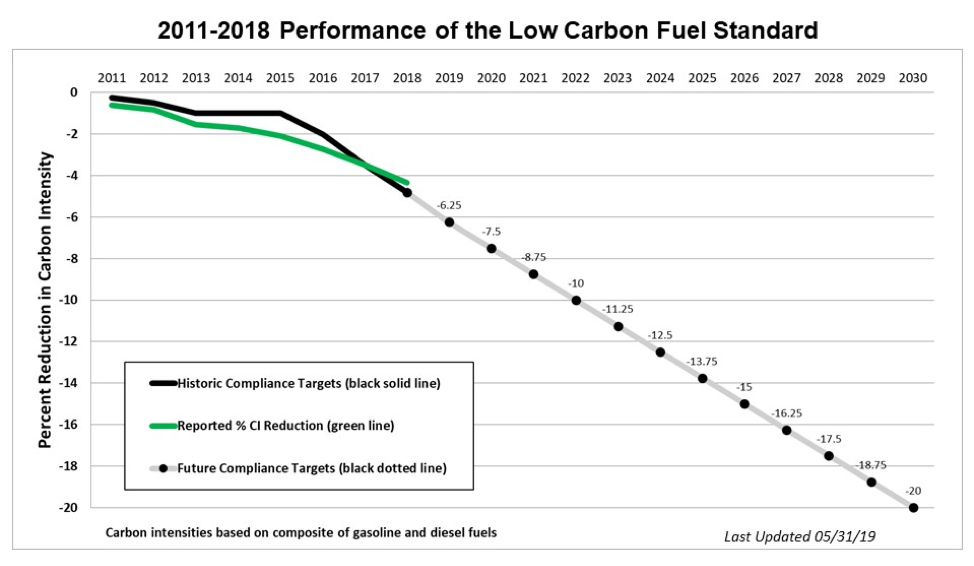 Image 1. shows CARBs annual targets for carbon intensity of the California transportation fuel pool. Note that between 2013-2015 the compliance standard was frozen due to legal challenges.

Sellers of these credits are fuel producers whose transportation fuel is less carbon intensive than the CARB benchmark, and thus receive LCFS credits from CARB for the production of low-carbon fuels. CARB oversees this program, ensuring that all deficits are countered by credits, that reporting is accurate, and assesses penalties for non-compliance if necessary.

The incentive created by the California program is huge, with credits trading close to the price ceiling of US$200 per metric tonne of carbon dioxide (mtCO2). For a sense of this policy’s market-shifting incentive, the voluntary carbon offset market transacts tonnes of carbon for less than US$5, and the price for California’s Cap-and-Trade credits are currently hovering around $17/mtCO2. At US$200 per mtCO2 for an LCFS credit, many lower emission fuel sources, production and refinery process improvements, and advances in CCS technology actually make financial sense to develop for credit generation.

The LCFS program is lowering the carbon intensity of transportation in California, but its doing more than just accomplishing this climate mitigating objective:

“According to the National Resources Defense Council, California’s low carbon fuel standard, together with statewide carbon pollution limits, has helped save the state $1.6 billion in health-related impacts from air pollution to date. The state’s program has also increased the clean fuels market by $2.8 billion with the majority of the economic gain taking place in rural communities where feedstocks are grown, and biofuel is produced.” (LCF Coalition Press Release Nov. 21, 2019).

Others governments hoping to achieve similar benefits include British Columbia, the European Union and Oregon, which have each followed California’s lead with their own LCFS programs. In the United States, nine other state legislatures are at various stages of considering LCFS policies, including: Colorado, Illinois, Iowa, Massachusetts, Nebraska, New York, South Dakota, and Washington. As a climate solution, California’s LCFS is proving itself capable of addressing one of the more difficult emissions sources to mitigate while modeling the success of a regulatory tool that is gaining traction around the world.

[1] An average carbon intensity is assessed through CARB’s LCA of crude oil including: extraction, transport, refining, transport to fueling stations, and combustion in transportation vehicles. California defines an average for the crude oil component (California gasoline that you would buy at the pump is 90% from crude oil and 10% ethanol by volume) of California Reformulated Gasoline (CaRFG), due to high variability in crude oil extraction, transportation, and existing refinery carbon intensities. In setting this as the effective baseline, beyond which improvements to oil and gas processes and infrastructure can be gained to generate credits through the LCFS Program, CARB simplifies accounting requirements for the oil and gas sector while also encouraging emission-reducing improvements at all refinery facilities and processes throughout the LCA of crude oil-derived gasoline.

[4] which has intentionally been set to be lower than the predominant existing transportation fuel: crude oil derived gasoline (which is above the 2019 target by 8.6%).

2 responses to “The Low Carbon Fuel Standard has succeeded, but how does it work?”