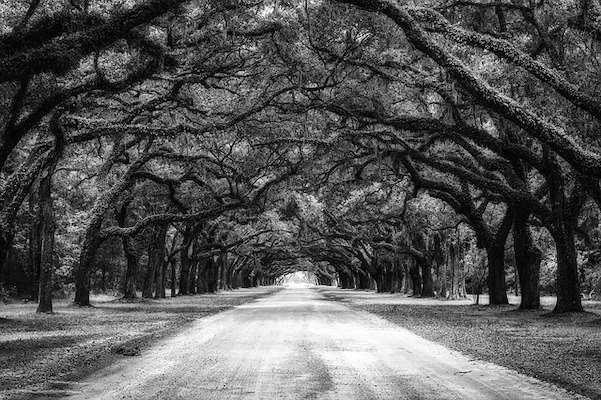 As you are well-aware, reducing emissions to achieve the Paris Agreement’s 1.5 Celsius (1.5C) warming climate goal will require a deepening of public support. Currently, mainstream narratives around climate action focus on the need to reduce emissions to ‘save the planet’. But, geologically speaking, the planet does not need saving. It will continue spinning and life will continue evolving irrespective of the future of humanity.

Humanity’s future is what we as greenhouse gas (GHG) management professionals are fighting for, but the planetary scale used by this mainstream climate narrative is so large few can connect to it or feel capable of influencing it. This framing can therefore easily disempower the average citizen from taking climate action. Yet, we know that focusing on the human impacts in one’s immediate community can activate emotional responses [Pandve et al. 2011, Stecula and Merkley, 2019; Van de Velde et al, 2010; Lampiris et al., 2017], which suggests that messaging about the human-centric effects of climate change mitigation (actions that prevent future climate change by reducing emissions) and adaptation (actions that reduce the dangers exacerbated by climate change), can help rally public sentiment for action. Current COVID-19 pandemic messaging target’s this emotional response by warning the public that at-risk groups are in severe danger, and thankfully the messaging is generating support for necessary public health measures.

While messaging is not the primary task of GHG professionals, and climate change dangers are not as clear-cut as those of COVID-19, a human-centric message is critical to establishing climate action policies and should inform our work. I propose here that GHG professionals can help build support for emission reductions by integrating synergistic adaptation measures into our mitigation work and explicitly discussing their expected human welfare effects. Case studies from a couple of large American cities provide examples of how to integrate adaption into your climate change work and communications narrative.

The necessity of adaptation

As GHG management professionals, we strive to have a meaningful impact in mitigating emissions and preparing our world for the growing dangers of climate change. The scale of future damage can be lessened by reducing emissions, but the climate damage resulting from current and past emissions cannot be avoided. Climate action, through adaptation, must address the ‘baked in’ impacts of accumulated past emissions. Even if we are optimistic, we must prepare for the impacts of a 1.5C increase in global temperatures. This new climate will entail profoundly altered rainfall patterns, higher sea-levels, intensified heatwaves, more acidic oceans, and increased storm severity. As the science has long warned, these alterations will cause floods, drought, damage to coastal cities, disruption to transportation, expansion of agricultural challenges, and the exacerbation of public health concerns, among other consequences. Envisioning a sustainable future necessarily requires both mitigation of emissions and adaptation.

The climate action plans (CAPs) and other policies that target emission reductions, must also address these ‘baked in’ climate impacts. Past experience, much of it at the local level, suggest that prioritizing adaptation and highlighting the resulting benefits to human welfare, can generate support for CAPs, and thereby bolster the policy objective of reducing emissions.

The United States’ (US) Green New Deal resolution and the European Union (EU) Green Deal roadmap are examples of policy approaches that link GHG mitigation with objectives to address poverty, income inequality, racial justice, and economic sustainability. In other words, these approaches structure emission reduction polices to more broadly address equity, health, and job opportunities in an effort to build a larger coalition in support of policy enactment. The mitigation work in both US and EU proposals involve the overhaul of infrastructure for energy, transportation, and other sectors. Non-GHG objectives are targeted through livable wage “green jobs” and equitable distribution of public and private investment. Adaptation features significantly within each proposal: the US proposal calls for support to communities with high risk of climate damage or disruption and human health objectives. The EU proposal creates a Just Transition Fund to assist vulnerable populations adapt to climate change’s impacts. Overall, this Green Deal linkage approach employs adaptation, among other objectives, to garner public support in the US and EU for mitigation.[1]

GHG professionals can mimic the approach of the Green Deal. Mitigation action and adaptation pair naturally over a large number of interventions that achieve both objectives. This pairing is revealed when a city reduces its impervious surfaces through adding trees and vegetation to sequester carbon, an act which also reduces the risk of floods and heatwaves in addition to other benefits. Additionally, a residential solar-distributed grid system can displace fossil fuel sourced-energy and keep the lights on when more frequent storms knock down powerlines. So, how do we achieve these mitigation and adaptation linkages in our GHG mitigation work?

GHG professionals should design for and value adaptation benefits as part of their analyses of how to invest mitigation resources. For example, when considering a forestry project, your analysis could prioritize coastal mangrove restoration over an inland timber project because of the added adaptation benefits mangroves provide: controlling erosion, providing breeding grounds for fish, and protecting coastal settlements from storm damage. Such an analysis needs to occur at the onset of program or project development to direct the activity(ies) towards both mitigation and adaptation objectives.

Before the Green Deal was coined, a number of municipalities became leaders in implementing climate action and have fostered public acceptance for mitigation policies by linking them with the tangible human-felt benefits of adaptation investments. Two case studies from the cities of Baltimore and Los Angeles are presented that demonstrate on-the-ground implementation of climate action policies.

The examples from Baltimore and Los Angeles show how framing emission reduction efforts within a human-welfare perspective and highlighting adaptation benefits assisted in building support for CAP implementation. While these case studies focus on the municipal context, this approach surely has lessons for corporate sustainability officers, national level policymakers, and others addressing the climate crisis.

Resources to integrate an adaptation approach

Foundational guidance on how to recognize climate change vulnerabilities and develop approaches to adaptation that addresses these vulnerabilities is listed below. Such guidance can be integrated with mitigation analysis and policy development. Publications that highlight this valuable integration suggest employing spatial theory and landscape approaches to guide climate action. One clear example is the Ecotowns Framework, that does just this with at-risk municipalities in the Philippines. Advocates of this approach are working with climate funding mechanisms like the Green Climate Fund to integrate adaptation benefits into the proposal review process. Unfortunately, rigorous guidance to assist in linking the objectives of adaptation and mitigation does not appear to exist. Such guidance is needed to assist GHG professionals in analyzing adaptation benefits and integrating them into mitigation efforts. Until such guidance is developed, I recommend using the following guidance materials, consulting with experienced adaptation implementors, and sharing your lessons learned with colleagues in the GHG professional community. We at GHGMI are happy to assist in this sharing.

GHG professionals and policymakers around the world must navigate difficult political terrain to adopt emission reduction policies. A mitigation policy’s pathway into law depends upon the ability to draw human connection to the climate crisis. Linking mitigation policies with adaptation and economic objectives has been shown to be an effective approach to building coalitions and public support for mitigation legislation. To improve our effectiveness as GHG professionals, we should maintain this adaptation perspective in the pursuit of mitigation and ultimately human welfare. Such an approach to GHG management will hopefully expedite mitigation while preparing us for the ‘baked-in’ climate dangers of the future.

[1] Relevant to the current economic fallout from COVID-19, Green Deal policies are highly potent stimulus packages. In 2009, following the 2008 financial collapse, the United Nations called for a “Global Green New Deal” but the global economy rebounded with continued fossil-fuel reliance and no Global Green New Deal. Governments around the globe are now developing stimulus packages and should recognize the opportunity of this assistance to facilitate transition to sustainable systems.

[2] For more information on the Climate Emergency Commission view this C40 Webinar Katie presented in August of 2019.

3 responses to “What is the role of adaptation in advancing emission reductions?”