With no carbon market rules emerging from COP25, will aviation and voluntary offsets take the lead? 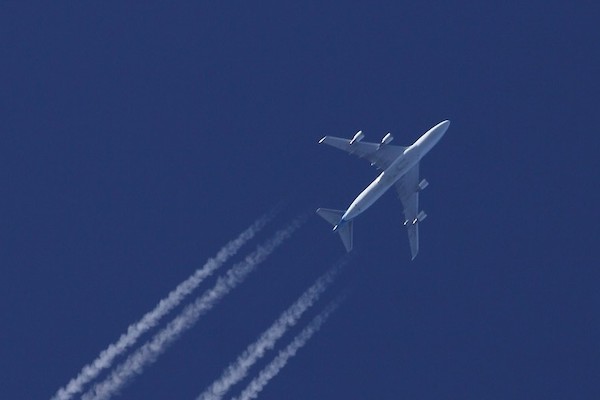 Coming out of the UN climate negotiations in Madrid, we are faced with a rather stark reality: nations are at an impasse when it comes to the rules for international carbon markets under the Paris Agreement.

Disagreements in the COP25 negotiations revolved around two questions: Can countries use a large backlog of old, unused emission credits to meet their Paris goals? And can they “double count”, or use the same emission reduction more than once?

Most agree that the answer to both questions is no. Using unused emission credits – as many as 4.5 billion of them are leftover from the Kyoto Protocol – would dramatically slow the pace of global climate action by substituting old emission reductions for future mitigation efforts. Preventing double counting is even more of a no-brainer: in any form, double counting would undermine the integrity of carbon markets.

In Madrid, a handful of countries blocked consensus on these issues. We’re now left without clear rules, at a time when many are eager to engage in international emissions trading.

But the result isn’t entirely bad news. It is better to have no agreement than to give in to unreasonable demands and get an agreement that undermines ambition. And some groups – in particular, the international aviation industry and the voluntary offset market – have the opportunity to fill the leadership void, setting up requirements that ensure carbon offsets help climate action, rather than hinder it.

What course for CORSIA?

In 2016, the International Civil Aviation Organization (ICAO) adopted the Carbon Offsetting Scheme for International Aviation (CORSIA). Under CORSIA, airlines are committing to offset any increase in their carbon emissions from international flights after 2020. Between 2021 and 2035, this could generate demand for up to 3.7 billion carbon credits.

Two key questions for ICAO are which carbon credits airlines can use, and how to avoid the double counting of emission reductions between airlines and countries. The hope was CORSIA could follow whatever rules were decided at COP25. Instead, ICAO will have to plot its own course, with some key decisions looming at its next meeting in March in Montreal.

ICAO at least has some clear guidance to follow, if it chooses to follow it. Just like the Paris carbon markets, strict eligibility criteria are needed to ensure that offset credits used by airlines go above and beyond the backlog created by Kyoto. In particular, ICAO should exclude the use of credits previously issued under Kyoto’s Clean Development Mechanism – which could easily exceed CORSIA’s total demand – and put in place restrictions that either promote new emission reduction projects or support existing projects that require offset credit revenues to continue operating.

Avoiding double counting is trickier, given the lack of an agreed accounting system among countries. At least part of a solution, however, can be found in a set of independent guidelines on how to avoid double counting under CORSIA. These guidelines – developed by a multi-stakeholder working group – provide detailed procedures for carbon offset programs to follow to ensure that credits used for CORSIA are not double counted. Among these is a requirement for programs to obtain a formal letter from the country where an offset project is located, acknowledging the existence of the project and committing to not count the project’s emission reductions towards its climate pledge under the Paris Agreement (known as its nationally determined contribution, or NDC). Although clear international accounting rules would greatly facilitate this process, there is no reason why countries should be unwilling to provide a commitment now, if they are comfortable allowing emission reductions to be used for CORSIA.

In a positive sign, several programs that applied to ICAO last summer have indicated that they intend to follow the guidelines. However, ICAO should make final approval contingent on these programs actually implementing the guidelines.

The “voluntary” carbon market – driven by growing awareness about climate change from corporations and individuals – has really started to take off in the last 12-18 months. As I wrote two months ago, it would be shame not to harness this growing demand to help raise the ambition of global climate action.

The issue before Madrid – as it is now – was how a voluntary carbon market can coexist with international markets under Paris. Without clear rules, the emission reductions that voluntary buyers want to claim could easily be double counted by governments.

One option – described in my prior blog post – is for the voluntary market to redefine credits as a “charitable contribution with climate benefits” rather than offsets. But a common sentiment in Madrid, from both government officials and big voluntary buyers of offsets, was that truly additional emission reductions – that is, reductions that governments have formally agreed not to count towards their NDCs – would be a far more valuable commodity. The solution, then, is the same as it is for CORSIA: carbon offset programs must obtain commitments from countries to not count offset projects’ emission reductions towards their NDCs.

A coalition of the willing?

Would countries really be willing to do this? One hopeful sign in the waning hours of the Madrid negotiations was the expression of support from a growing list of countries for the San Jose Principles for High Ambition and Integrity in International Carbon Markets. The principles themselves are rock solid. If they catch on, a kind of de facto consensus could emerge where the majority of countries endorse an approach that supports international emissions trading, enables CORSIA, and leverages voluntary carbon markets for higher ambition. Countries that sign up – and agree to not count “transferred” emission reductions when reporting progress in achieving their NDCs – could end up attracting more investment and allowing markets to thrive.

International carbon markets are not the ultimate solution for climate change, but it would be a shame to leave this valuable tool off the table because the world could not achieve consensus on sensible rules. Fortunately, consensus should not be necessary for most countries to move forward in a responsible way that ensures integrity and higher ambition, and enables CORSIA and voluntary markets to thrive.

One response to “With no carbon market rules emerging from COP25, will aviation and voluntary offsets take the lead?”